While VMware vSphere Update Manager Download Service has been around for some time, The big change in UMDS 6.5 is that it is now supported on 64-bit Linux operating systems, which means customers now have more choice on where they are installing UMDS 6.5.  This is a win for many as they move to the vCenter Server Appliance, they may install UMDS on Linux and avoid the need to manage any Windows servers to support their VMware vSphere infrastructure.

It is important to remember that any server you install UMDS 6.5 on requires a connection to the Internet.  This may require you to have firewall rules put into place in your environment so remember to plan accordingly.  If you’re going to install the Linux version, you can find it on the VCSA ISO in the UMDS directory.  This will also require a PostgreSQL database on the Linux server, specifically PostgreSQL 9.3 or higher which must be started before the install begins. 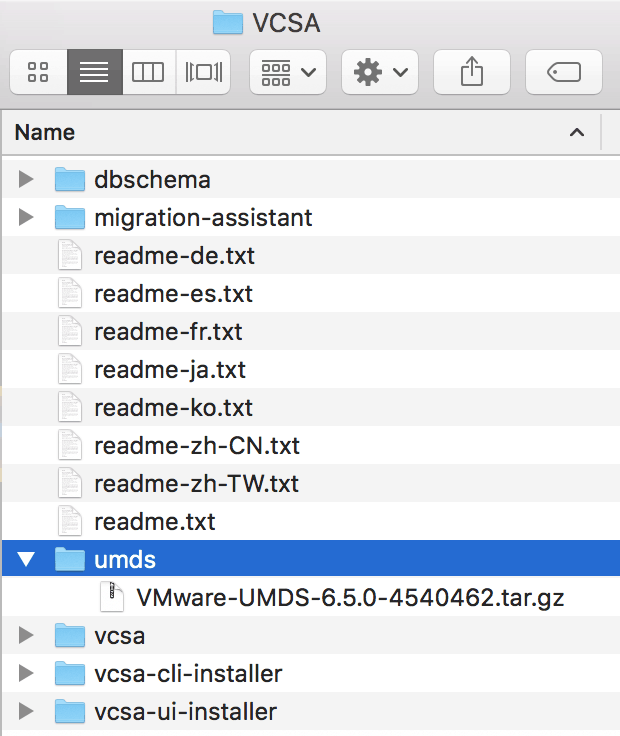 The installation for the Windows version of UMDS remains the same, which also requires a supported database, and can leverage an installation of Microsoft SQL Server 2012 Express at the time of install.

UMDS for linux is another example of a great VMware vSphere 6.5 feature aimed towards making a Linux based VMware vSphere supporting infrastructure a reality.

When it comes to performing a VMware vSphere Upgrade (Such as upgrading from VMware vSphere 6.5 to 6.7), we must take special care to think of how UMDS will be impacted.  UMDS versions are only compatible with the same VMware vCenter Server versions.  For example, if I have VMware vCenter Server 6.5 in my environment, I will need VMware UMDS 6.5 to provide updates to Update Manager.

Do not be fooled by vSphere 6.7 U1.  While it seems llike a minor update, the fact is many vSphere features have been updated in this release.  In the case of VMware Update Manager Download Service, the requierment for a database has been dropped.

As of vSphere 6.7 U1, VMware Update Manager Download Service is easier to use than ever.  If you are not already using it as part of your VMware vSphere envionment, it is worth taking a look at.

Are you working on a vSphere Upgrade?  Take a look at these guides!

Everything You Need to Upgrade the VMware vCenter Server Appliance to vSphere 6.7 U1

Updating a VMware vSphere License in the vSphere Client 6.7 U1