There’s always a ton of discussion around home labs among IT professionals on Twitter, and many are very, very impressive!  I have to admit, I do tend to have a case of home lab envy at times.  Whatever you home lab consists of, be it a laptop, a desktop, or a mini rack, I’d like to make the case for nested ESXi in the home lab. 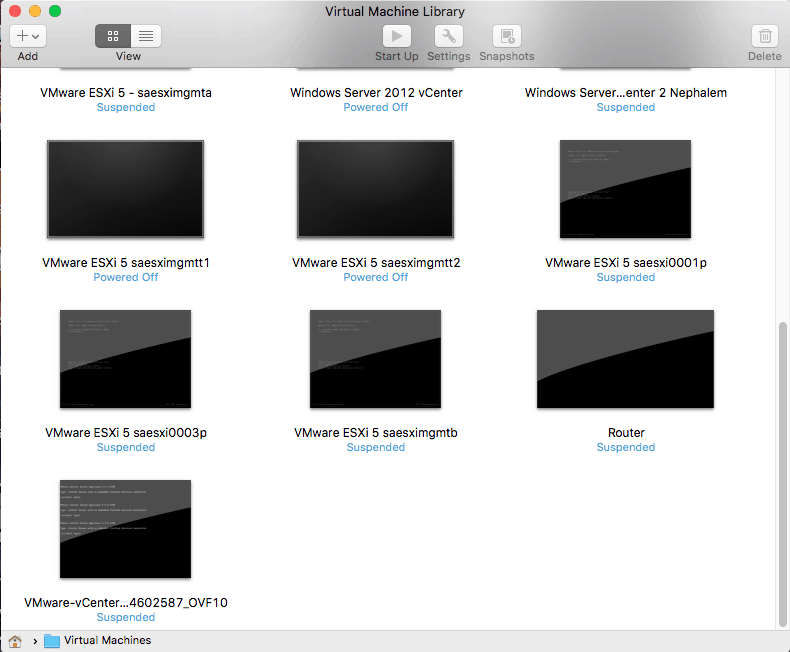 When I was preparing for the VMware Certified Advanced Professional hands on exam, which was formerly Data Center Administration and is now called Deploy, running nested ESXi was crucial to my success.  Why you ask?  There’s a couple of reasons.

PowerCLI is a lot of fun to play with (I wrote a couple of articles on getting started with PowerCLI here).  If your ESXi hosts are nested, there’s a couple of benefits to learning PowerCLI.  First of all, I found playing with virtualized networking a great way to get started.  I would often create nested ESXi hosts with way more network cards than I needed, just so I could try a bunch of different things on the host.

Reset It and Forget It!

If I really messed up the networking, there were a couple of options with my nested ESXi hosts.  If they were still living, I would usually just re apply a host profile to get them back to their desired state.  If not, I often took a snapshot of the hosts before I messed with them, which made it very easy to recover from whatever I did to the poor ESXi host, in the name of learning, of course.

The VCAP blueprint also mentions a number of objectives using the vSphere command line.  Once again, you don’t need anything fancy to do this with, and you have the power of snapshots so you can practice the same thing over, and over, and over again.

Bare Bones Can Get the Job Done

Often, bare bones ESXi hosts are enough to play with some vSphere features and get some hands on administration practice in.  Update Manager is a great example of this.  You don’t need any fancy hosts to test it out, just something running ESXi.  This can also be combined with snapshots if you would like to play with different patch baselines and upgrades on your ESXi hosts, so you don’t have to rebuild them.

There are many times where you may want to check a setting quickly, perhaps what specifically a vCenter or ESXi setting is.  You can run a vCenter and a couple of nested ESXi hosts for this purpose on a laptop, and quickly spin it up whenever you need it.  Sure, there are many other ways to do this, but if you travel a lot and don’t want to buy the WiFi on the plane to connect to the cloud or your home lab, this is a great solution to get some great lab time in.  A completely mobile lab does have its benefits, especially when you find yourself with time to kill and slow to no Internet access.

Keeping Up With New vSphere Versions

Don’t want to upgrade everything, but want to test out the install process of the newest version of ESXi or the VMware vCenter Server Appliance?  Need a quick screen shot from a new version of vSphere?  Running nested is a great way to do this.  You can go from zero to vSphere in no time at all.

The Price Is Right

Chances are you can get going with an nested ESXi lab with whatever hardware you currently have.  While you can’t do everything with nested ESXi, there is a bunch you can do!  This is great news for people on a budget.

Who cares, its virtualized!  Blow it away and start over!  Breaking things, either by accident or on purpose is a great way to learn, and nested ESXi is a great test bed.

While my home lab is certainly not of the impressive type (currently an older MacPro with 32 GB of RAM and a couple of NUCs awaiting installation), even if I suddenly lucked into a rack of equipment, I would still run some instances of nested ESXi.  Nested ESXi is a quick and easy way to get up and running with vSphere, and great for practice and learning.  While you can’t do everything with nested ESXi hosts, they certainly serve a purpose in any lab environment.