I decided it would be a great idea to update my team’s lab to vSphere 5.5 for a couple of reasons.  First, we were on 5.0, so we couldn’t run Windows 2012, and secondly, I need to get back to the hands on for VCAP practice.

I haven’t been a VMware “person” in about two years, so the last thing I was working on before joining the other dark side (storage) was the ESX 5 beta for my company, working with some primitive Host Profiles and Auto Deploy tasks to get everything running.

Our lab only has four hosts, so I decided against Auto Deploy.  I think this was  a mistake, so I’ll probably be implementing it once I get everything up and running.

Basically, I ripped a Host Profile, modified it, wiped the hosts and did a fresh install of ESXi 5.5.  My Host Profiles had some…issues but I have everything up and running for the most part.  This was after deploying the vCenter Appliance, of course.  I had used it in my vSphere 5 beta testing, and it has come a long way.  I’m a huge fan. 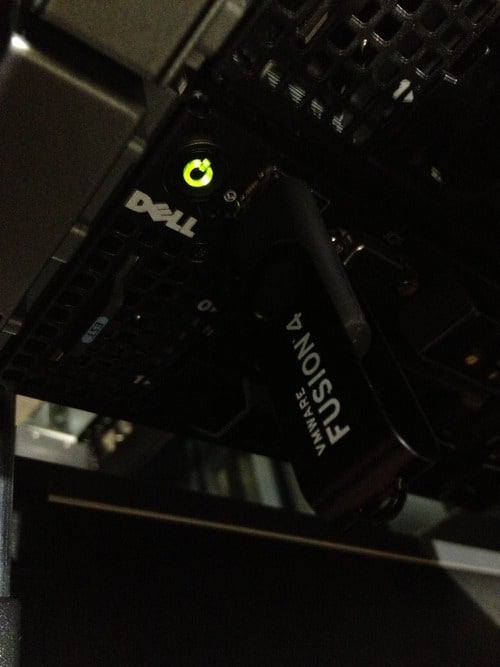 Probably the biggest change for me was using the web client.  I’ve been using it on VMware Hands-On Labs (HOL) for a while now, so I was somewhat familiar with it.  It was just enough of a learning curve to make me a little frustrated…all in all, I really like the web client, and I can use it natively from my mac!

I also deployed a vMA because, well, why not?  The next big thing to do on my list for the lab is deploying the NetApp Virtual Storage Console 5 Beta.  I saw it at NetApp Insight, and man, is it slick.  The best part is it looks completely native to vSphere, almost like it belongs there (which of course, it does if you use NetApp storage!).

All in all, once the cobwebs were dusted off, it wasn’t that different than what I was used to in my previous life.  Actually, it was a lot of fun, and I’m looking forward to more lab time as I prepare for the VCAP exams.