In 2011, when we were all just getting started with cloud (mostly trying to figure out exactly what it was), Citrix bought a company called Cloud.com.  Cloud.com set out to develop on open source software to, well, power clouds, whether the be public or private.  In 2010, when they emerged from stealth mode, they began to set the course for the future of cloud computing with the release of their CloudStack software. 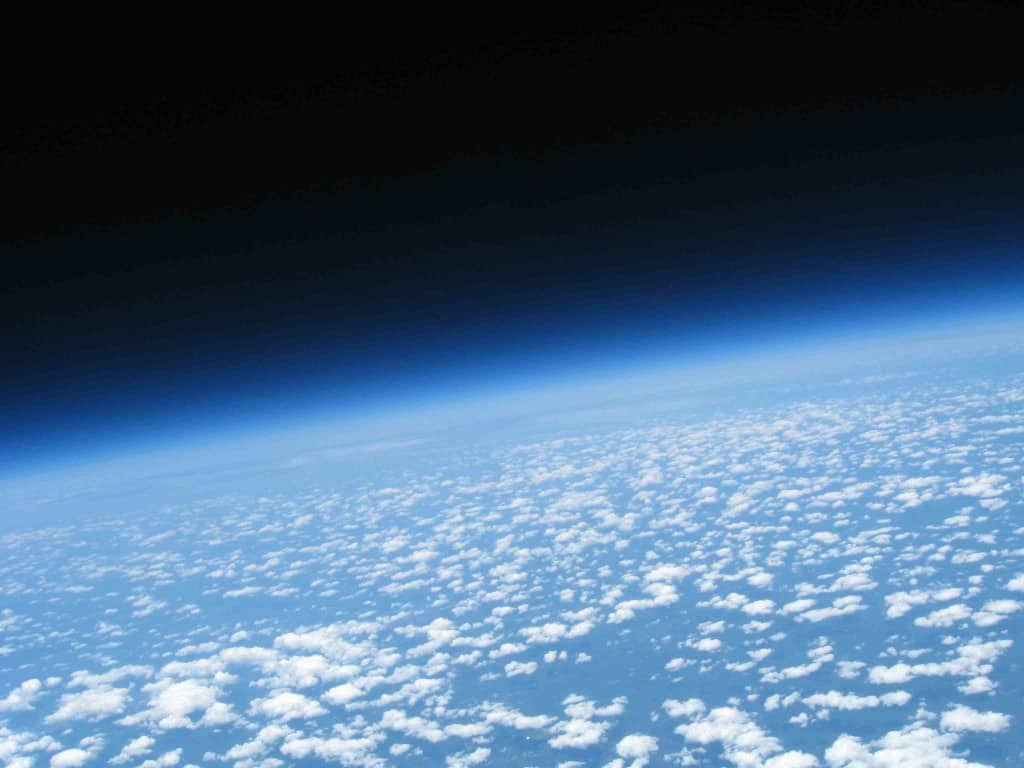 (Clouds.  This was taken by the High Altitude Balloon I launched with Dan Grinkevich)

Also in 2010, OpenStack was just getting started in the labs of NASA and Racksapce Hosting.  Just four months after its inception, the first release, Austin, was out.  OpenStack continued the trend of a rapid release schedule, every few months.

In the early days, one of the biggest fundamental differences between CloudStack and OpenStack were the ideas behind the deployment methodology.  Citrix had an early goal to make their CloudStack-based platform become more enterprise friendly.  Their goal was to make it easily deployable and consumable for enterprises, just like Ctirix was.  Citrix had massive expertise in this area with the success of their application virtualization products that just couldn’t be met by any sort of oversight group that was still getting started and working out the kinks.  As a result, CloudStack seemed like it was going to be leading the charge on open source cloud computing potentially.

When Citrix released CloudStack 3 in 2012, they released it with a very, very interesting feature.  CloudStack supported OpenStack Swift.  Was this in part because OpenStack was starting to pick up stream from its massive amount of community involvement?  This interesting feature didn’t last very long, later that year Citrix gave CloudStack to the Apache Software Foundation (ASF), and involvement with OpenStack ceased.  With oversight switching to ASF, the model could have conceivably become more like the OpenStack model.

With the donation of the CloudStack source and brand in 2012, Citrix began the rebranding and renaming of their cloud derivative to Citrix CloudPlatform. One of the challenges with the Apache GPL license is the requirement to not contain non-GPL binaries or libraries. This began the more clear separation of the Citrix platform and the now refactored Apache CloudStack offering.

While this was happening, OpenStack was steadily gaining traction. More contributors were jumping in, and the idea of a fully open cloud platform was becoming very attractive. Not only did the whole project get a lot of attention, but in 2012 the OpenStack Foundation was formed. This foundation was created to align the goals of the OpenStack ecosystem and to help promote and build on the features and capabilities of the OpenStack contributors. The non-commercial entity was potentially the beginning of what drove OpenStack to the front in the race to become the de facto open cloud platform.

I don’t see it as OpenStack won, and CloudStack lost at all.  When we look at OpenStack, and the way it operates, we sometimes wonder if they wouldn’t benefit from a bit of enterprise oversight from a benevolent dictator, such as Citrix was to CloudStack in the early days.  Hans De Leenher, Caroline McCroy, and I had an interesting discussion about this on Episode 008 of the In Tech We Trust Podcast, Here be Open Clouds.

As commercial organizations create their own platforms like VMware vCloud, and the newly unveiled Microsoft Azure on-premises offering, there will be another potential fork in the cloud road as enterprises have to choose. Open clouds are definitely the direction that many in the industry are leaning towards though. The same commercial vendors who have touted their potential offerings up to now, are seeing the benefit of making the jump to adopting OpenStack and are even creating their own distributions with continued upstream contribution.

Even though CloudStack may not have the massive velocity that OpenStack does, we can see that it was a big reason for the formation of our love for these open platforms. CloudStack still has a consistent following and there are many contributors still active in the project, but with the momentum that OpenStack has gained at this point we can see that the foundation laid down by CloudStack may have truly paved the way for the success of OpenStack.

[…] What Are We Stacking Again? How CloudStack Paved the Way for OpenStack […]