As voting for Top vBlog 2015 opens, I’m approaching a very important anniversary.  It also happens to have contributed to the reasons why I really started blogging in the last year.

You can find the link for Top vBlog voting right here, and you can find me, vMiss (Melissa Palmer), in the general category, as well was the best new blog category.  If you’ve liked what you’ve read here, please consider voting for me!

On March 8, 2014, I almost died.  I went out to dinner with my parents, ate something I normally did and had a severe allergic reaction.  Of course, I didn’t knowingly do this to myself, my best guess is cross contamination or cross contact with one of my allergens.  In hindsight, there were about six times I probably should have used my EpiPen since I was about 17, when my food allergies appeared, but I managed to ride it out with a lot of Benadryll (which isn’t a good strategy, as I now know). 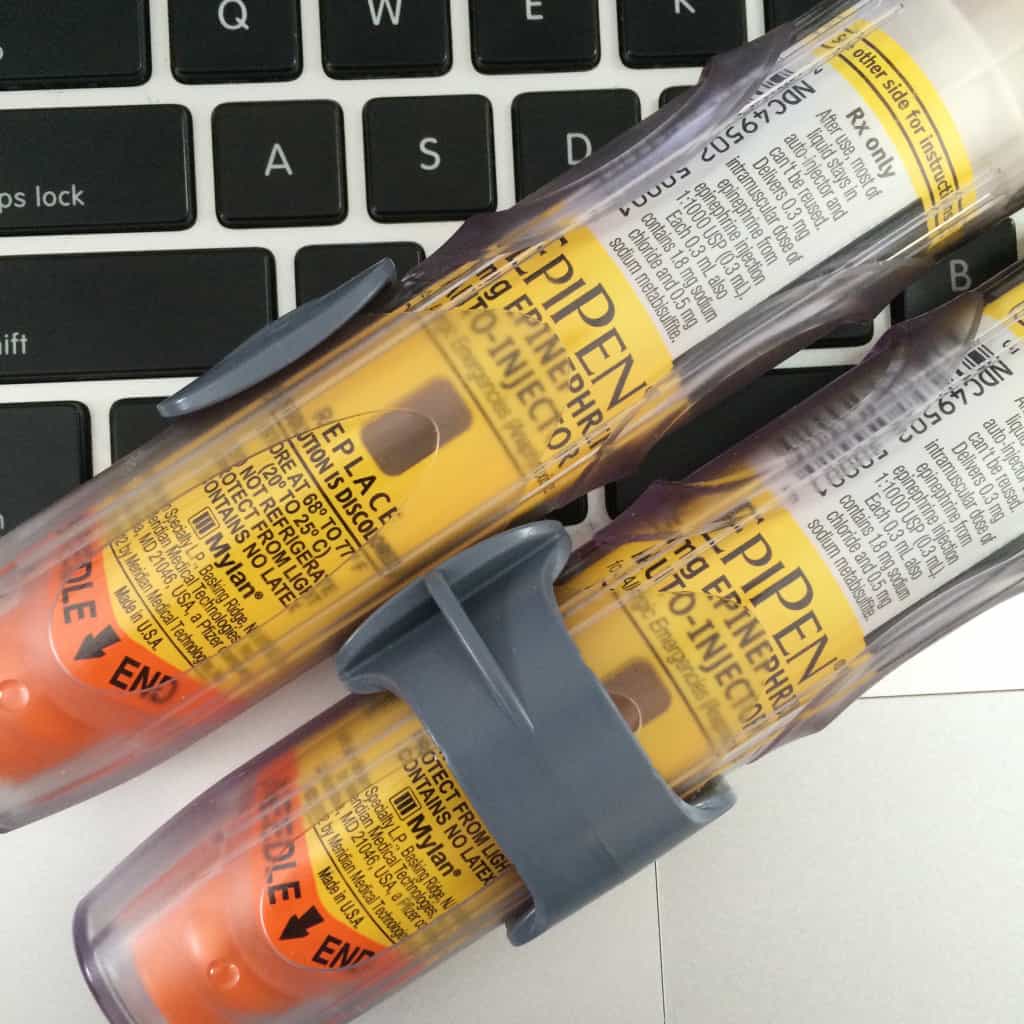 (PSA: If you have severe allergies, or are responsible for someone with them, you should be carrying not one but two (2) shots of epinephrine!  Something I learned this year.)

The moment came, for the first time ever, where my throat completely shut, and my dad gave me my EpiPen, then off to the hospital we went.  Have I mentioned what the best feeling in the world is?  About 10 seconds after the injection, you feel everything start to open up and you can finally breathe again.  After the emergency room (where I now know I didn’t get anywhere near the right treatment), we went home, even thought I still really wasn’t feeling quite right.  A few hours later, it started again (guess who had no idea this could even happen…that’s right, me!), and we called 911 and went back to the hospital, and I got another shot of epinephrine.  They didn’t release me this time, and four hours later, I needed another shot of Epinephrine, and my throat closing was accompanied by my face swelling.  Each time the reaction came back stronger, and it was the utterly terrifying.  That’s three shots of epinepherine in one night, for those of you who were keeping track.  The technical name is bi-phasic anaphylaxis.

The next month was a blur.  After being released from the hospital after two nights, with steroids, I started to feel a little better.  I ate lots of bland things.  I came off the steroids, and once again had an anaphylactic reaction while eating.  I went down to eating rice, potatoes, chicken, and beef.  My body would just keep having these reactions, no matter how bland I ate, no matter that I wasn’t actually allergic to any of these things.  After coming off of steroids twice and having severe reactions, I just kept taking them until I could find someone to help me.  Eventually, I found a fantastic doctor, and went onto a medication regimen that kept the reactions to a minimum.  I slowly started adding foods back into my diet, one at a time, once a week, over the next months.

For me, blogging, and the research that accompanied it was a great way to keep myself distracted.  There were many, many days where I was just too sick to leave the house, or do much of anything.  Blogging, and the vCommunity as a whole, is what kept me going for much of the last year, and allowed me to keep busy and distracted when things weren’t going so well.  Almost every milestone I achieved in the the last year involved the vCommunity in some way shape or form, from my first real day out at the NY/NJ VMUG Conference last May to my first trip, which was to VMworld in August.

The last year has been a journey as I’ve learned how to live my life again all over again.  I had to re-learn how to eat, how to travel, and well, really, how to live again.  Almost a year after what I like to call “the incident” I traveled to Toronto to join two of my best friends in giving one of the keynotes, the first ever Virtual Design Master Live!  If you would have told me this in March of last year, I would have never believed I could do it.  My friends in the vCommunity are a big part of what got me there.  Speaking of Virtual Design Master, don’t forget to vote for everyone who has been involved with the show, as well as the #vDM30in30 challenge.

A great video for a great city!! Good work James.As an LFC fanatic, I especially loved the version of &#lYo6;21u’8l Never Walk Alone’, that you have playing over part of the video. Can you please supply any info with regards who it’s played by & the name of the album it’s on. Many thanks in advance for any help you can give.

Thank you so much for sharing this info with your reader. I think it's really hard to understand the challenge or even the danger unless you or someone you are close to suffer this issue. My daughter who's now 4 years old is still super allergic to eggs and peanuts and some diary. We certainly make sure to carry "two" EpiPen with us at all time. But like you said a lot of times we just give her Benadryl when we notice a little swelling here or there. But she actually developed allergic reactions to dairy since she was a baby, but none of us knew as first time parents. Even her doctors (we went through several) kept telling us she was normal. Anyway, long story short it's important to understand the issue and get treated. We still treat our daughter the same as everyone else. Only comes to eating we are super careful (or we try to be!)