When you hear the three letters, KVM, the first think you may think of is Keyboard Video, and Mouse, that wondrous piece of technology that let you access the desktop of your servers when you were in the data center.  I’m not talking about that KVM, I’m talking about the other KVM, Kernel-based Virtual Machine.

KVM is a hypervisor that’s already baked into your favorite Linux distribution, as of 2.6.20 it has been included with the mainline Linux kernel.  This means, by default, the integration and testing of KVM is already done, which is always a key concern, even in the open source world. 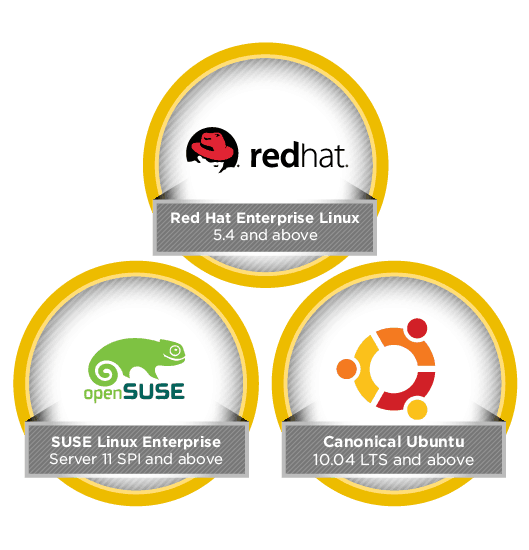 (KVM is baked into your favorite Linux distribution, image from the OpenVirtualizationAlliance)

Here’s were things get interesting.  Since the KVM hypervisor is a core feature of Linux, that’s not really where developers and organizations need to put their innovation.  Innovation goes into the management features, and integration between those management features and the rest of the infrastructure they are powering.  There are a number of management tools out there for KVM , all with varying features and functionality.

oVirt, Where Art Thou?
oVirt is one KVM management tool set, that works with a number of different Linux distirbutions.  oVirt is an open source solution to manage your linux based hypervisor, including enterprise features such as high availability, load balancing, and support of both shared and local storage.  New features in oVirt 3.5, which was released on October 17, 2014 include live merges of multiple snapshots, and the introduction of Optaplanner, for rebalancing of clusters and looking to see where new virtual machines can live within a cluster in the event a user tries to deploy on a host that does not have sufficient resources.

RHEV Your Engines, RedHat Enterprise Virtualization
RedHat Enterprise Virtualization is another toolset that takes advantage of KVM under the covers.  RHEV provides features such as live migration of virtual machines and storage, high availability, as well as support for virtual desktop infrastructures.  RHEV can be a great choice for an organization that is setting to use the power linux, but need enterprise support and readily downloadable distributions and easily deployable distributions.  In addition, RHEV boasts some tight integration with OpenStack, enabling organizations to move towards a hybrid cloud model for certain workloads when they are already using REHV for their private cloud.

KVM and OpenStack
If you take a look at OpenStack’s Hypervisor Support Matrix, libvirt with KVM is listed as the only Group A tested driver set, meaning that these drivers are thoroughly tested and fully supported.  This isn’t surprising at all considering the way the open source community has rallied around OpenStack.  In fact, KVM is configured as the default hyeprvisor for Nova’s use.  The use of a hypervisor is key to any OpenStack deployment, and vendors are beginning to see that.  VMware announced a Beta of their distribution of OpenStack called VMware Integrated OpenStack (VIO) at VMworld this year.

With KVM growing in popularity, and being one of the most active open source projects, it is a sure sign that good things are coming for it. Using KVM may not be on your plan now, but it’s a good time to put KVM into the lab and see how it may fit into your infrastructure going forward. I have a feeling we will be seeing much more KVM infrastructure landing on the floors of a data center near you as OpenStack continues to gain traction and highlight how KVM fits very neatly along with it.

[…] into vSphere 6. Think they aren’t looking ahead to the future to add pNFS support? And RedHat KVM already supports it. Check out Captain KVM’s blog on setting it […]

Recap #vDM30in30 – Weekend Edition – Congrats Everyone, You Did It! @ Virtual Design Master