I was strolling through the park one day, in the merry merry month of May.  Well, not really, but there’s a Drobo 5D in my house that has years and years worth of pictures on it.  Why did I get a Drobo 5D anyway?  I was pleased with my Drobo 5S and we needed another disk array for primarily picture backup.  I suggested it since I was almost regularly recovering failed hard drives with pictures on them.  I wanted something with more protection, and easier to manage.

I’ve never had a problem with the FS, and the 5D ran faithfully for over a year until one day it wouldn’t mount to the iMac.  All of Drobo’s green disk lights were lit, and the blue capacity lights were correct.  I could see it in both Disk Utility and Drobo Dashboard, but other than that I could not access the contents.  To me, this negated a hardware problem and I was left with troubleshooting the file system.  When I tried to use Disk Utility’s First Aid, it seemed to work, but there was a message “invalid content in Journal”.  Uh oh.  The disk would still not mount

After some googling around, it seemed that there were a number of other Drobo (and other disk) users that encountered the same message.  DiskWarrior was brought up a number of times as a quick and easy solution.  This post is not sponsored by DiskWarrior in any way, the product just worked quickly and easily.

After purchasing and installing DiskWarrior (Note: it wouldn’t let me us a gmail address at checkout), I was relieved when it found the Drobo. 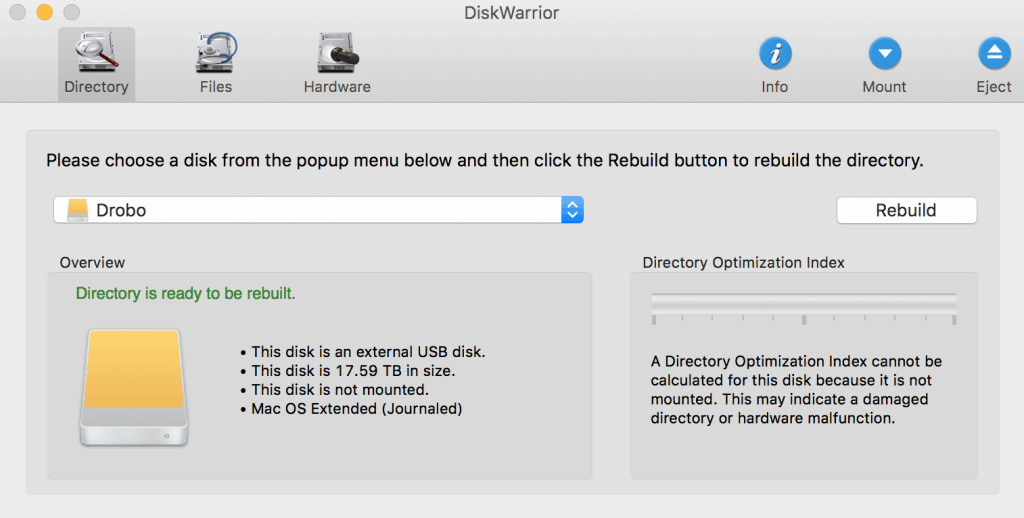 I clicked Rebuild, and in a matter of minutes, DiskWarrior showed me it was able to easily locate my files and folders. 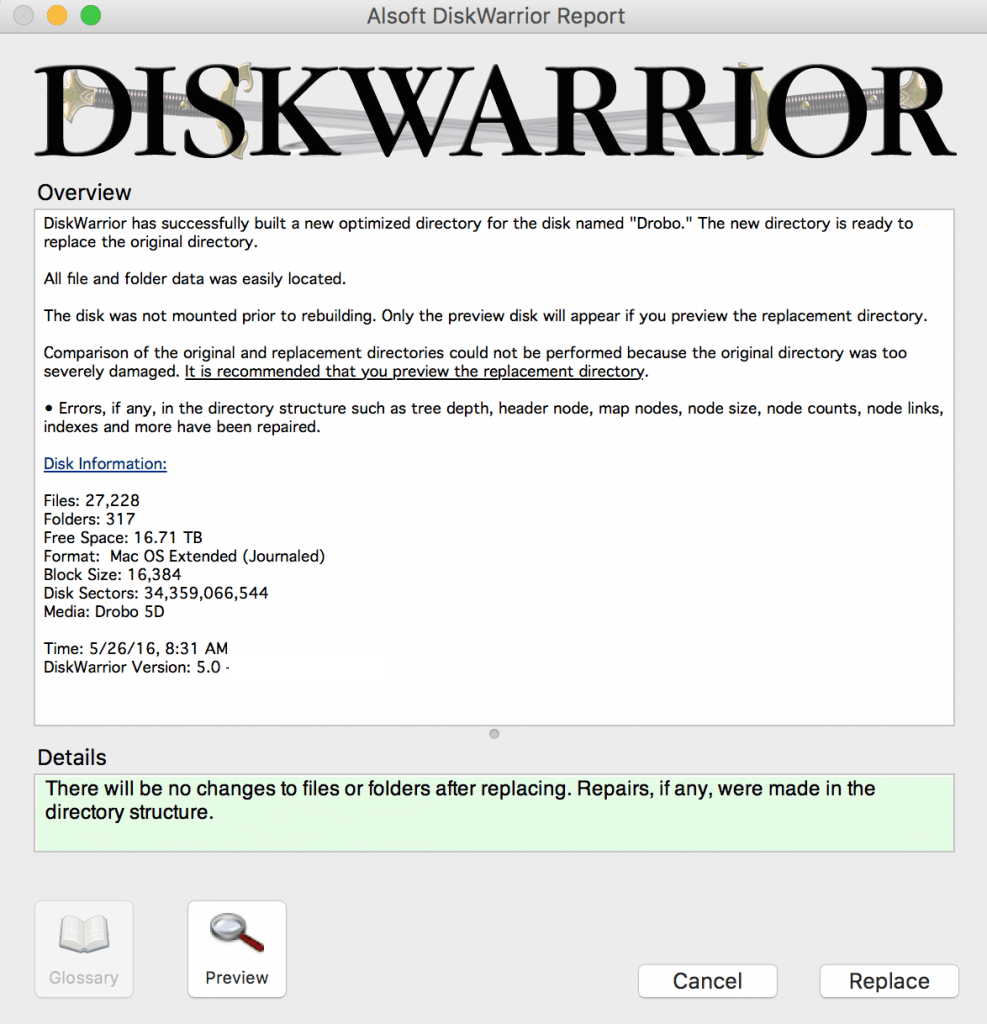 First I previewed the changes, to make sure I wasn’t about to wipe my Drobo or do something else equally horrible to it.  I was presented with the first view of my Drobo, which was an unreadable blob of storage and the second view, which listed all of the directories on my Drobo.  Whew!  I confidently clicked replace, and within another minute or two the Drobo was once again mounted to the iMac.

Unfortunately, Tech Support Engineer Google says this is a somewhat common occurrence.  While there may have been command line methods for me to try to recover the file system, I was nervous as it was since I was messing with years and years worth of data.  DiskWarrior provided a quick and easy solution, and while it did cost $119.95, it was a great tool that will probably come in handy the next time I have an issue with a disk.  Hopefully the Drobo5D does not experience this issue in the future, however I am still not sure what caused it in the first place.