What is the VMware vSphere Foundations Exam?

This can be a good thing for some who have not yet decided which VMware certification track they would like to follow.

You can learn more about the VMware certification path in The Simple Guide to VMware Certification.

Evolution of the VMware VCP Certification

When I first gained my VMware VCP certification, back in the days of vSphere 4, this was not a requirement.  Things have changed in VCP land in a number of ways since then.

First and foremost, there are now a number of VMware VCP certification tracks.  Back in my day (man, do I feel old!), there was only one: Data Center Virtualization.  Why?  Simple.  VMware almost exclusively sold VMware vSphere back in those days.  Things like VDI were just getting off the ground, Network Virtualization wasn’t a thing, and cloud was still a buzzword in CIO magazine that no one understood.

Now, there are five, yes, five different tracks for VMware VCP certification.  They are

If you think about it, introducing an exam like the VMware vSphere Foundations exam makes sense for many reasons.  First and foremost, all of the VCP certification tracks above require a core competency in the basics of VMware vSphere.  You cannot run a product on top of VMware vSphere without first understanding how it works.

It also keeps the specialized VMware VCP exams shorter, since the certification candidate has already been tested on the core competency of VMware vSphere.

Finally, for those new to VMware vSphere, it makes things a bit more manageable.  Those who are new to the world of virtualization can first learn the basics, before moving onto more advanced content.  This is an approach that makes a lot of sense.

What Does VMware vSphere Foundations Test?

Well, it tests the foundations of VMware vSphere!  Wasn’t that joke awesome?

While I wait for you to download the exam guide, I want to talk about something important.  Exam dumps.  Just don’t do it.  If you cheat your way through something like this, you are just going to burn yourself for the future.  These are the things you need to know to be successful with VMware vSphere.  The same advice applies when it comes to the VCP in your selected VMware certification track…dumps will just hurt you in the long run.

The Exam Guide breaks the subject matter into the following Areas:

Those are the main topics.  Each topic also has several sub topics.

How to Study for the VMware vSphere Foundations Exam

Now, let’s talk about a few different ways to get experience with VMware vSphere and prepare for the vSphere Foundations exam.

Hands on Experience for vSphere Foundations

First things first, is you need some hands on experience with VMware vSphere.  While there are many ways to automate your VMware vSphere lab deployment, I think everyone should suffer through a complete installation at least once.

When I was fist getting started with VMware vSphere, I deployed countless vSphere clusters from soup to nuts.  While it did seem tedious and boring at the time, I learned a ton about how VMware vSphere works, and interacts with the rest of an IT infrastructure.

If you have a computer with a good amount of RAM, you are ready to get started.  Here is a great article on how to get started with your nested ESXi lab and VMware fusion by Chesitn Hay.

VMware also has Hands on Labs, which allows you to get hands on experience with the latest VMware vSphere features with zero effort.

I have always been a fan of reading.  A good place to start is by searching for the vSphere topic you want to learn about on Google.  Seems silly, but it is very effective!  You can also browse the vLaunchpad which is full of great VMware blogs to get you started reading about VMware vSphere.

Ready for the ultimate nerd alert I talked about in my blog What I Wish I Knew When I Was Learning About VMware vSphere?

Way back in 2006-2007, when I was just getting started with VMware vSphere, I used to spend Friday night watching VMware videos on YouTube. 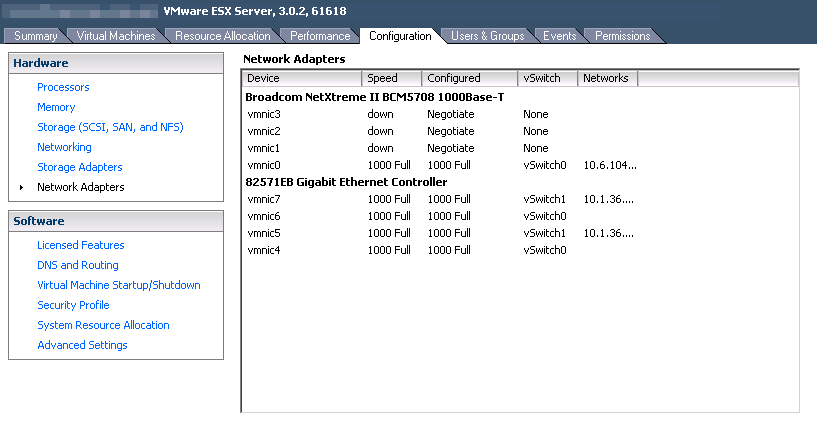 Believe it or not, this is what VMware vCenter (aka VirtualCenter as we know it today) used to look like.  New to VMware vSphere?  Check out 13 Things Only Early VMware Administrators Remember for a great throwback of what it used to be like working with VMware.

Total nerd alert, and sounds silly, right?  But it worked!  Back in those days I was mostly looking to learn how to configure and manage things, just like in the vSphere Foundations blueprint.  That was before I knew anything about anything, so it was a good way to get exposure to VMware vSphere concepts and see how to implement them without actually touching a system.

Then, as my confidence grew, I began to do more and more with actually ESXi hosts and vCenter – even if I started with development systems.

As with other VMware certification exams, the VMware vSphere Foundations exam is administered by Pearson VUE.  The good news is you can skip the testing center for this one, and take the exam from the comfort of your own computer.  This may give you a false sense of security, it is like the days of the open book exam in high school.  You still need to know your stuff to pass this exam

Now, a little bit more about the exam:

You can get all the details, including the Exam Blueprint I told you about from the Official VMware Education site.